Marie Curie was born in Warsaw, Poland. She received a general education at her local schools. However, her father was a secondary school teacher who taught her science. She joined a student revolution organisation and found that in order to further her studies she would have to leave Warsaw as women were not allowed to pursue tertiary education. Her sister, , also wanted to pursue tertiary education into the medical field. Marie stayed in Poland and worked as a governess to pay for her sister’s tuition whilst she was studying in Paris. After a few years of working Marie moved to Paris to study a degree of physics and mathematical sciences. She was also awarded the Alexandrovitch Scholarship for Polish students studying abroad to support her throughout her studies in Paris.

She met Pierre Curie in 1894, he was the professor of the school of physics. One of Marie’s professors had arranged for her to do a research paper on the properties of steel and she found Pierre through that research. They were married the following year. Marie Curie succeeded her husband as the professor of physics after his unfortunate passing. Pierre had done work in the field of crystallography and discovered the piezoelectric effect. This effect refers to electrical charges that are produced by applying mechanical stress to certain kinds of crystals. This research prompted him to design instruments that were capable of measuring magnetic and electric fields.

In 1895 Wilhelm Conrad Roentgen first discovered X-Rays, and  Henri Becquerel’s report of “Becquerel rays”. This greatly inspired Marie to look into different forms of waves. Becquerel found the waves when emitted from uranium so she started there. She used the instruments designed by Pierre to conduct her experiments using two pieces of metal, one coated in uranium salts. She measured the strength of rays emitted by the uranium and found that the uranium interacting with the air emitted small electric currents. She performed the same experiments on uranium compounds and found that they emitted similar rays. She found that the rays tended to stay the same, regardless of their state.

She continued her experiments on various compounds. When she performed the experiment on a uranium rich compound pitchblende she found that even with the uranium removed, the compound produced the mysterious rays, except that they were even more powerful. She suspected that this was an undiscovered element. In 1898 Marie documented her findings in a seminal paper where she first used the term ‘radioactivity’. She made two groundbreaking observations in this paper, first that the measurement of radioactivity is a gateway to discovering new atoms and secondly that radioactivity is a property of an atom.

Marie and Pierre worked together to test and experiment on loads of pitchblende. They devised new protocols for splitting pitchblende into its chemical components. Of the chemical components the couple found in pitchblende they found that one was like bismuth and the other like barium. Both were radioactive, but in different capacities. They found that the bismuth-like compound contained a radioactive element that was previously undiscovered. This element was named polonium after Marie’s country of origin. By the end of the year they had found the barium-like radioactive element, which they named radium after the Greek radius.

Marie and Pierre won a Nobel Prize in 1903 in physics for their contributions to the understanding of radiation phenomena. The nominating committee initially refused Marie as a recipient of this award. However, Pierre argued with them stating that all of the initial research was indeed his wife’s. During this time, all of their research was published under Pierre’s name as it was considered unacceptable for women to pursue science, least of all excel at it. Pierre passed away in a fatal car accident in 1906, Marie continued their research. Although now that Pierre had passed she was using her own name. In 1911 Marie was awarded a second Nobel Prize for her work in the discovery of polonium and radium.

The work that Marie did has created new technologies and saved thousands, if not more, lives. Though unfortunately her continual work with radiation cause her to develop leukaemia eventually becoming her cause of death.

“Nothing in life is to be feared, it is only to be understood“ 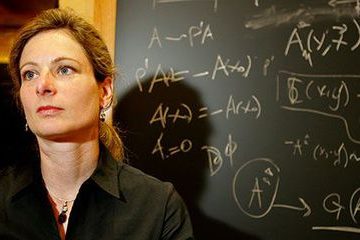 Whilst there have been many inspiring women fighting for their place in the world of STEM throughout history, the individuals pushing the frontiers of modern-day science and stretching the stereotypes of the female role in Read more…